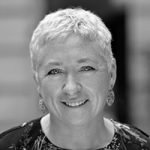 Hayley French is the Chief Executive Officer of Apitope. She has been with Apitope since November 2010. Dr French brings with her over twenty years’ experience of negotiating licences and collaborations and managing alliances in the life sciences sector.

Prior to joining Apitope, Dr French spent three years at Novartis, based at the Basel headquarters, where she worked closely on all global deals and collaborations in the respiratory division. Prior to Novartis, Dr French worked in the Life Sciences Group of Bird & Bird, London, specialising in advising pharmaceutical and biotech companies. Prior to joining Bird & Bird, she was Head of Commercial Legal Affairs at the Centre for Applied Microbiology and Research (CAMR) in Salisbury, UK. Dr French started her career at University College London Ventures where she was responsible for the development, management and commercialisation of technologies in the life sciences sector. She is past president of the Licensing Executives Society Britain & Ireland, and chair of the Licensing Executives Society International (LESI) life sciences committee. 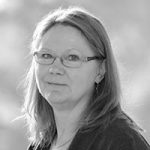 Liselotte Jansson is the Chief Research Officer of Apitope. Dr Jansson joined Apitope from AstraZeneca where she was Associate Director in the Dept. of Neuroscience, iMed Neuroscience area in Södertälje, Sweden. In this role, Dr Jansson headed the Good Laboratory Practices Animal Facility and her section delivered the in vivo models profiling of potential candidate drugs in the areas of pain and neurodegenerative diseases. Dr Jansson was also a member of new target generation team focusing on the neuroimmunological mechanisms in Alzheimer’s disease. Dr Jansson`s immunology career began with Professor Hans Wigzell, Dept. at Uppsala University and then the experimental rheumatology group led by Professor Lars Klareskog, characterizing collagen induced arthritis models. Her PhD thesis is focused on the immune modulatory role of sex hormones in experimental models of rheumatoid arthritis (CIA) and multiple sclerosis (EAE).

In 1994, Dr Jansson moved to the Medical Inflammation Research section at Lund University, headed by Professor Rikard Holmdahl as Assistant Professor with focus on the immunological mechanisms and finding genes involved in peptide induced EAE.

After five years at Lund University she was recruited into the Department for Immune Pharmacology at AstraZeneca in Lund as Associate Director and expert in in vivo experimental arthritis models, leading a group of scientists to find new therapies for rheumatoid arthritis. She also worked in gastrointestinal research as Disease Area Scientific Leader for Inflammatory Bowel Disease (IBD) with the remit to build a portfolio consisting of both small molecules and biopharmaceuticals.

During her time at Astra Zeneca in Sweden and the UK, she took three candidates from research into clinical development. Dr Jansson has more than 40 scientific peer reviewed publications and patents. 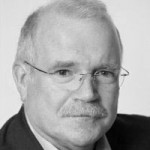 David Wraith is the chief scientific officer and the founder of Apitope. He is a research immunologist with over 25 years of experience and has authored over 150 articles in peer-reviewed scientific journals.

Professor Wraith was the Head of the Department of Pathology & Microbiology at the University of Bristol from 1996 to 2004. He is currently Professor of Immunology and Director of the Institute of Immunology and Immunotherapy at the University of Birmingham (UK). He has been awarded research fellowships by the Medical Research Council (UK), National MS Society (US), Sidney Sussex College, Cambridge and the Wellcome Trust. He has been a member of scientific advisory boards for TEVA, GSK and Peptide Therapeutics; an expert advisor to Hoffman La Roche on autoimmune therapeutics; an expert advisor to the UK Department of Trade and Industry on Stem Cell Therapies and to the UK Food Standards Agency on Peanut Allergy; he is the current chairman of the Cancer Immunology and Autoimmunity board of the Norwegian Research Council and he is a past member of research grant panels for the Medical Research Council Infections and Immunity Board, Arthritis Research UK, MS Society UK, NIH USA, NKRF and the Wellcome Trust. 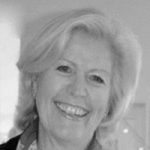 Christina Carnegie is the Chief Medical Officer of Apitope. Dr Carnegie trained in Anaesthesia and Intensive Care at St Bartholomew’s Hospital, London. Since leaving the NHS she has spent 30 years in the pharmaceutical industry and has held both executive and non-executive board positions in the US and the UK. For 11 years she was Medical Director of Abbott Laboratories in the UK. During this time she was responsible for the clinical research operations within Great Britain and Ireland. In addition, she was responsible for the Regulatory Affairs Group and had close liaison with the Regulatory Agencies in both Europe and the US.

She was also an active member of the Medical Committee of the Association of the British Pharmaceutical Industry. Since September 2000, Dr Carnegie has been an independent consultant to 11 pharmaceutical companies including 8 start-ups in both Europe and the US. Her activities include advising companies on their strategy for clinical development and product registration. In addition, she has been actively involved in fund raising for her clients and advising venture capitalists on their potential investments. 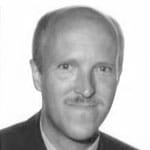 Luc Lammens graduated as Master in Scientific Applied Economics, with specialization in International Business Affairs (K.U. Leuven 1988). He is currently a financial consultant for innovative, start up and early stage companies and is active in Corporate and Academic Spin Outs. He is in charge of specific financial missions and technology transfer projects.

He had a pivotal role in relocating Biocartis’ R&D and Manufacturing from Lausanne to Flanders in collaboration with the Flemish regional organizations (VIB/FIT/PMV). He had the lead in the integration of the financial processes and the introduction of ERP for all Biocartis affiliates.
Mr Lammens also has an impressive record of success in obtaining grant financing for R&D from the Flemish region (>€15 million).

Previously, he spent 10 years at Janssen Pharmaceutica nv (J&J) working primarily as a financial analyst for in-licensing agreements. He was also responsible for financial control and reporting on sales and marketing departments. Prior to that, he was member of the business development group from the Belgian-Chinese Joint-Venture, Xian-Janssen. He started his career with a European sugar producer (Tiense Suikerraffinaderij – Südzucker) and a large London trading company (E.D. & F. Man).

He is the author of three books on Business Plan, Financial Plan and Venture Capital and is a contributor to the Intellectual Property Policy of the Institute for Tropical Medicine.